On Monday afternoon, children from the Year 5 and Year 6 were able to take part in a cross country event at Canford School.  This was the first event we have been able to attend since 2019 and the children were all clearly ready for the challenge as they were bursting with both excitement and nervous energy.

The mainly flat, grass course was around 2km and the children definitely rose to the challenge of a race situation. Macie said "It was really enjoyable, fun and there were lovely views. I would definitely do it again." All the children gave it their very best effort and left no energy unused by the time they crossed the line.  We were so proud of the efforts of all the children.  Achievements and goals in running are different for everybody and I think everyone felt proud of their race position. Evie-Mae explained, "I was nervous but I was happier once we started. The area where we ran was interesting and fun."

A particular mention, though, goes to Percy who came second for the Year 5 boys, winning a silver medal and the overall score for the Year 6 girls was very close to winning a team medal.

Wow! What a tough final! We came 7th overall in the county, which is a phenomenal achievement. The team continued to put in 100% effort throughout the whole afternoon; playing a total of 10 games.

Well done to the Year 5 boys, who attended a football festival at Ferndown Upper School, where they played against 7 other teams. This was their first ever game as a team, without any training! The perseverance was incredible to see. Well done!

After winning all of their matches and winning the tournament overall, they have secured their place at the county Finals; taking place on Wednesday 30th March! Good luck!

We would like to say a massive well done to Emily who attended a multi-skills event, where she joined a team with another school and represented our school with all the values we expect. 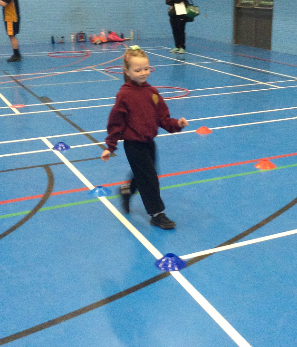 During the morning, our two teams played five matches, in their pools, showing spirit, scoring great tries and making superb tackles. Lytchett Reds were put through to the Trophy competition and Lytchett Blues took part in the Plate competition. Overall, Lytchett Reds, undefeated for all of their matches, came a fantastic second in a tightly fought competition for the Trophy and were extremely excited as they collected their medals. Lytchett Blues came fourth in the Plate competition, winning six, drawing three and only losing one of their matches.

Our Girls and Boys attended a friendly competition with other Poole schools, where our girls came 1st, and our boys came 3rd.

We then attended our East Dorset School Games, where the competition was fierce. We came 7th overall, and we were very proud off all that they achieved.

We are very lucky that our staff give up their time to allow us to provide all these sporting opportunities for the children.

Currently we have these members of staff leading clubs:

During our Key Stage 2 PE lessons each child has been given a colour team that they represent for the whole school year. The children are placed into one of the following 6 coloured teams: Blue, Red, Black, Green, Yellow and Orange.

At the end of every half term, once all the skills for the sport have been taught, we hold a mini tournament. The results from each class will then be added the other class in that year group to make a whole year group result table, before finally being added to the main whole school results table. This is located on our PE display board and is updated by our Bronze Ambassadors.

After Christmas, Key Stage 1 children will also be placed in to a coloured team for their PE lessons.

At the end of the Year their we present a trophy to the winning coloured team.

Although we play regular tournaments we always make sure that during our PE Lessons the children are continually trying to demonstrate the School Games values, which are listed below: