On Wednesday 12th October, our Rugby Squad travelled over to Wimborne Rugby Club to play in the East Dorset School Games Qualifier.  On arriving at the pitch we were greeted to the sight of some really tall students warming up on the pitch.  However, this turned out to be the students from QE school who were refereeing our tournament, this was a great relief to some of the squad!

We were welcomed to the event and informed that 9 teams were taking part, split in to 3 groups of 3. We found ourselves in group 1 and we were on first.  The game started and it was clear the two schools were evenly matched.  It was end to end and dramatic.  We scored first, then on another attack a dropped pass gave a run in for the other team.  The second half carried on the same way, great attacking thwarted by strong defence before another drop pass from us turned the ball over and the other team managed to finally break our defensive line and score a try to win the game 2-1. 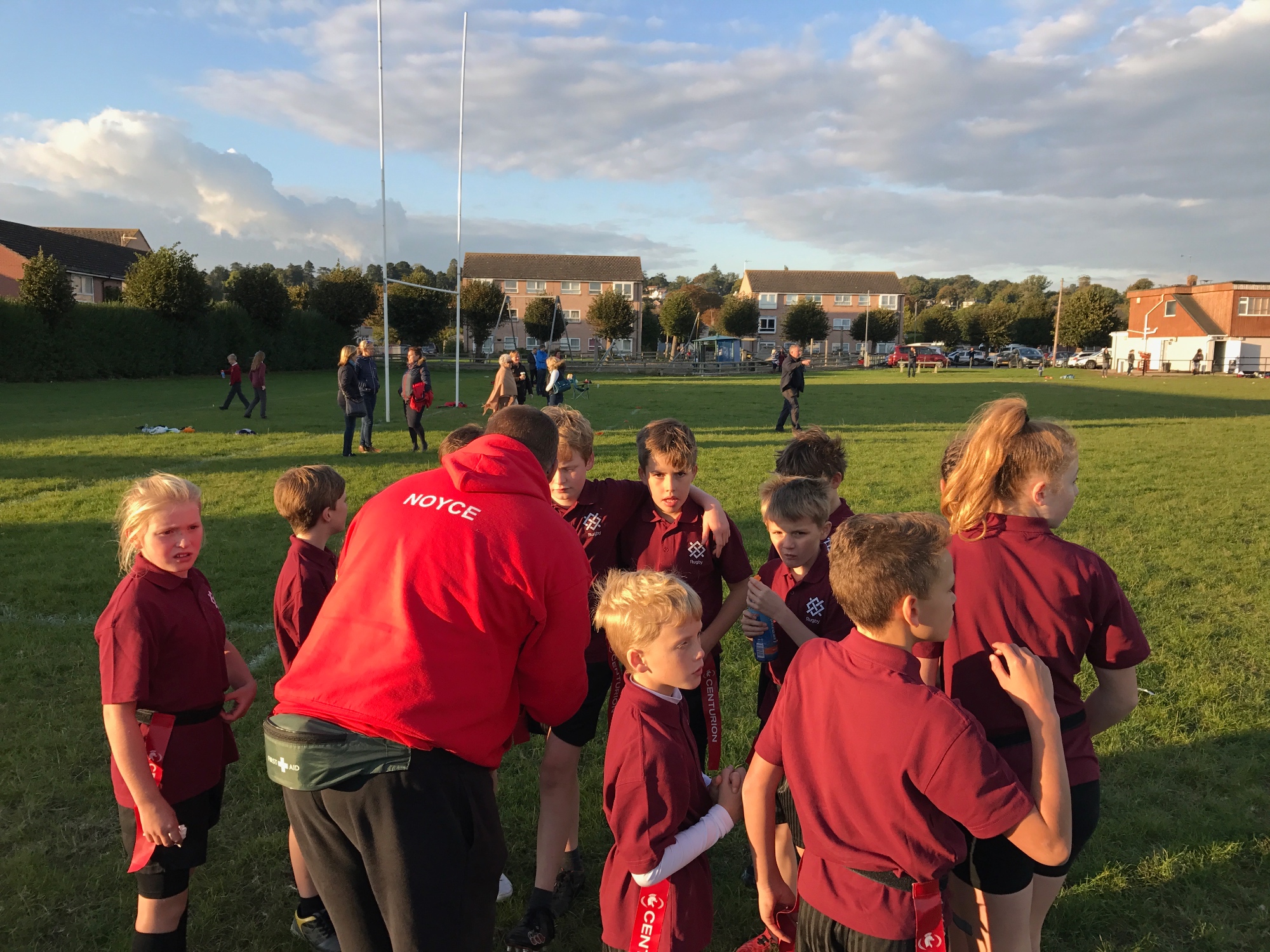 After this, a brief chat took place between myself and the team on keeping control of the ball and not panicking, it did the trick and the next game saw us win convincingly 6-1!  The teams were all then brought together and split into 3 further groups.  The winners in group 1, 2nd place teams in group 2 and 3rd place teams in group 3.  We found ourselves in group 2.

We started the next round of games as we had finished the first with exciting attacking play as well as some stern tackling in defence.  We finished with a 6-1 victory.

We then watched the other two teams and the children were analysing them for weaknesses, discussing tactics with Mrs Gould, Mrs Dominey and myself.  Our final game became a group decider between us and Ferndown Middle School.  The children didn’t panic, they kept playing, worked hard, supported each other and listened for the whole of the first half which finished 3-1.

A quick pep talk and they were off for the second half.  Well this was their best bit of rugby in the whole tournament.  They controlled the game, forced the opposition to panic and calmly went about their roles.  The children finished the game winning 7-3 and at the final whistle, not just the children celebrated, but the parents who had been quietly cheering all afternoon also erupted with a cheer!  This win meant that we had qualified for  the Dorset County School Games Finals in March.

A massive Thank you must go out to the children who come and practice on a Monday lunchtime alongside myself and Mrs Gould who has now become our Assistant Rugby Coach.  To Mrs Dominey and Mrs Hancock who have given up their lunchtimes to come and help at club, and to all of the parents who continually support our sporting fixtures.  A final, HUGE thank you to "Nanny Bubble" who has been busy sewing and fixing the tag belts ready for the tournament today.