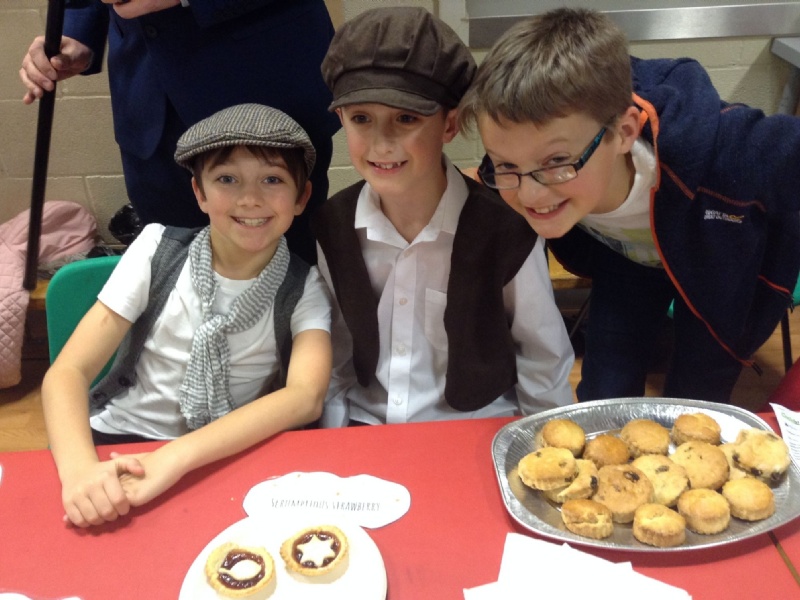 What a fantastic evening!  Mr Burton, Mrs Hancock and Mrs Foster are so proud of the Year 6!  The children organised an event that was fun, informative and showed off all of their hard work from the last term.

Some of the children made traditional Victorian dishes from bread pudding, fruit tarts, sponge cake, mince pies and barley water.  They proudly displayed their wares and encouraged tastings as they explained their recipes.  Other children demonstrated how to build a suspension bridge and urged the visitors to try and make one better than Brunel's Clifton Suspension Bridge!  All of the term's art work was beautifully displayed and the pupils showed their parents how to make a stencil print in the style of William Morris.  In another corner of hall, visitors were able to make a 'thaumotrope' or Victorian optical illusion - a spinning disc involving two pictures that appear to merge into one.  Parents could try some tenpin bowling or build their own ball in a cup.  The evening concluded with a performance by each class of a drama about life in a Victorian workhouse. Like everything else, the plays were written, produced and acted by the children.  What talented and creative pupils we have and they should all be congratulated for such an amazing exhibition!