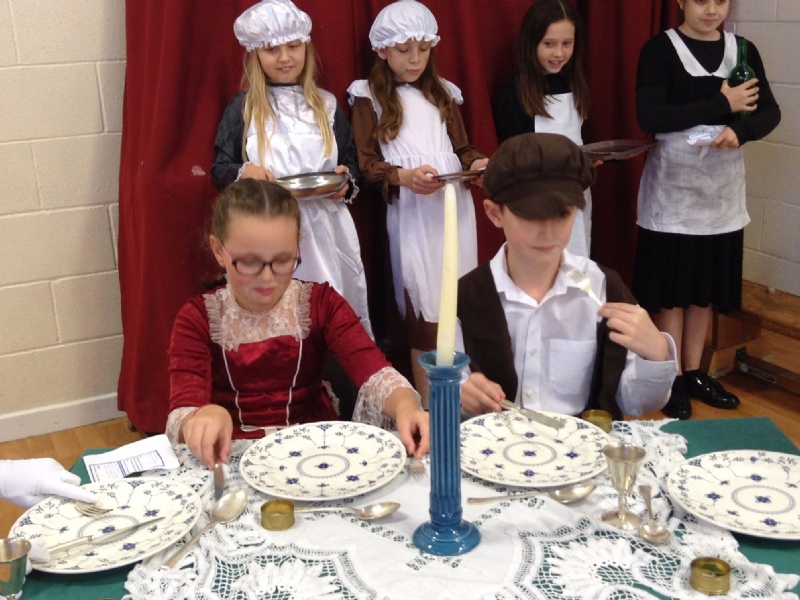 On Friday, 6th October, Ben from the Tree House Theatre Company came to LMPS to lead a Victorian drama day for Y6.

We had to dress up like Victorians and I wore a long skirt.  First, we were split into groups and assigned parts.  One group was in the hall while the other groups went to the classroom to do other activities.  My group was the last group and we played the rich family of Lord Shaftesbury and the poor children who begged on the streets.  I was a river boy - someone who robs the dead bodies that washed up from the river!

After all the groups had rehearsed their parts, we had lunch then we met together for the afternoon performance.  I enjoyed watching the play and my favourite scene was in the mines and also the chimney sweeps.   My favourite part was when Jaiden got stuck up the chimney and the master (Ben) lit a fire underneath him!

The day was a success and I learned a lot about Victorian children.  We also learned about Lord Shaftesbury who fought to improve the conditions for children and change the law.  Finally, it was very funny to have Mrs Hancock play the part of a matron - she used a very silly voice.  We should have a drama day every month! 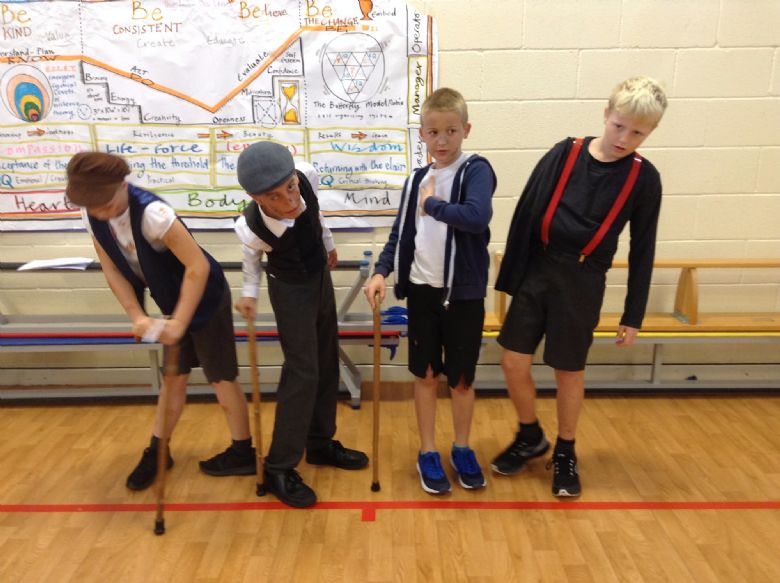